Action cameras have been around for a few years now, and really paved the way for us to capture our best moments. Styling, picture quality and a few editing features have extended the life cycle of these universal clip-on cameras. however clip-on cameras have and always will suffer from some inherent flaws when used to film our powered rides. 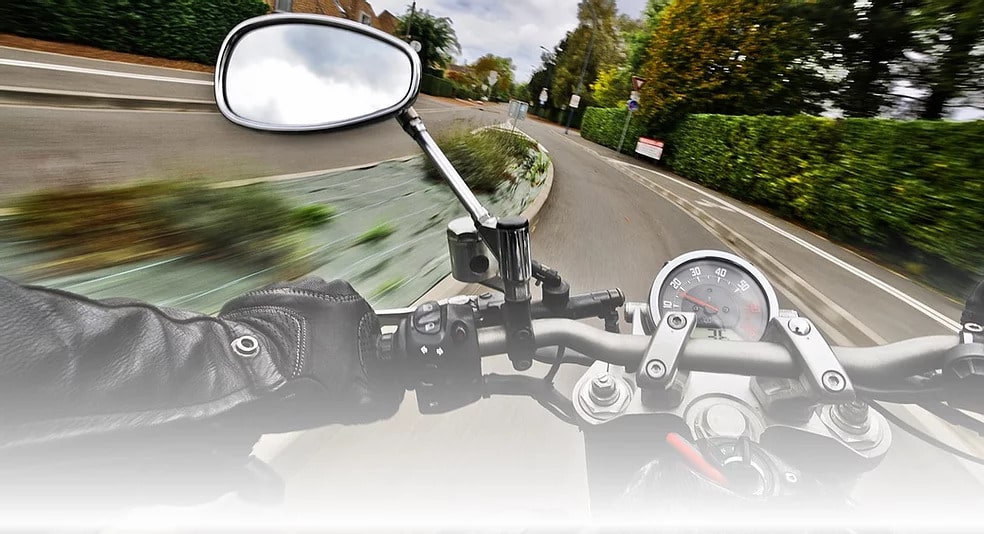 With any big ride day there are multiple things to remember and plan. Riding gear, vehicle prep and wash, fuel stops, planned route, meeting points, food stops and where the cops may be hiding on all have to considered. Unfortunately, we have all been there with our clip-on cameras in that we forget to put the thing on charge the night before. Forget to do that and you are stuffed.

INNOVV cameras are hard wired into your vehicle, have a built-in power management system that trickle charges the camera without hindering your vehicle’s ability to cold crank start at any time. As soon as you are ready to leave then so is the INNOVV system. 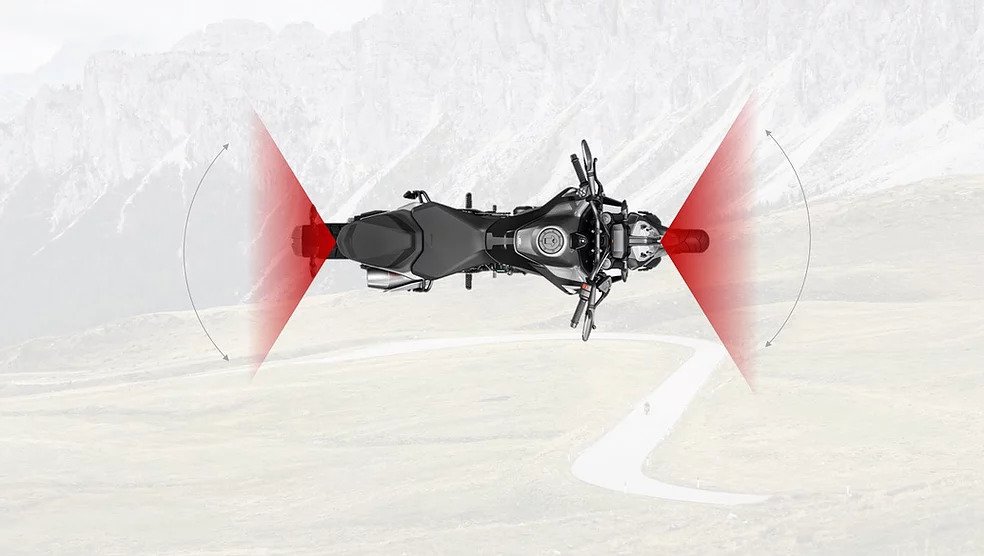 EYES IN THE BACK OF YOUR HEAD

Riding isn’t dangerous, it’s usually the people around us that cause the issues. Having a camera pointed at a driver can often magically make them realise their actions are being recorded and get them to back off. This is most common in cars tail gating or brake checking.

The issue with clip on cameras is where do you point the camera? Unless you invest well over $1000 to buy two cameras, plus mounting devices, SD cards and extra batteries you have one camera. If this is pointed forward, then you won’t capture anything behind and if it’s attached to your helmet then you are only capturing where your head is turned, and not always at what needs filming.

The INNOVV system comes with two cameras that is usually set up front and rear for 120 degrees (each camera) of crisp 1080 or 4K footage. However, many race car drivers set up the rear camera as a cabin camera to capture the driver and passenger reactions in time with the racing footage from the front camera.

No matter what your choice is you have double the recording of a normal clip on camera to allow you eyes in the back in your head if required.

ALWAYS ON FOR YOUR WHOLE RIDE

Coming back to the preparation the day before, or if you have gone out for a quick ride you are most likely not taking your flat battery clip-on camera with you that’s in a drawer somewhere. The beauty about riding a motorbike, jet ski or any other powered vehicle is that we have a perfect platform to attach two INNOVV cameras and set and forget.

This is where the safety aspect of always having the camera ready to go is paramount. Our cameras don’t just capture the scenic rides, they capture any and all of the bad stuff that may happen at any time. You are always filming, always watching and always recording the road ahead and behind no matter where you go.

On the flip side how long do the built-in batteries last on the Clip-On cameras? You never know! Not only can’t you keep filming for your entire ride, if you have mounted the camera to your helmet then you often don’t know if its recording unless you take the helmet off to check. With the INNOVV system you have a dedicated hand control to check activity, take a picture or start Wi-Fi.

From the moment you open your garage door to the time you pull back in at the end of the day, know that your INNOVV camera will always be filming for you. 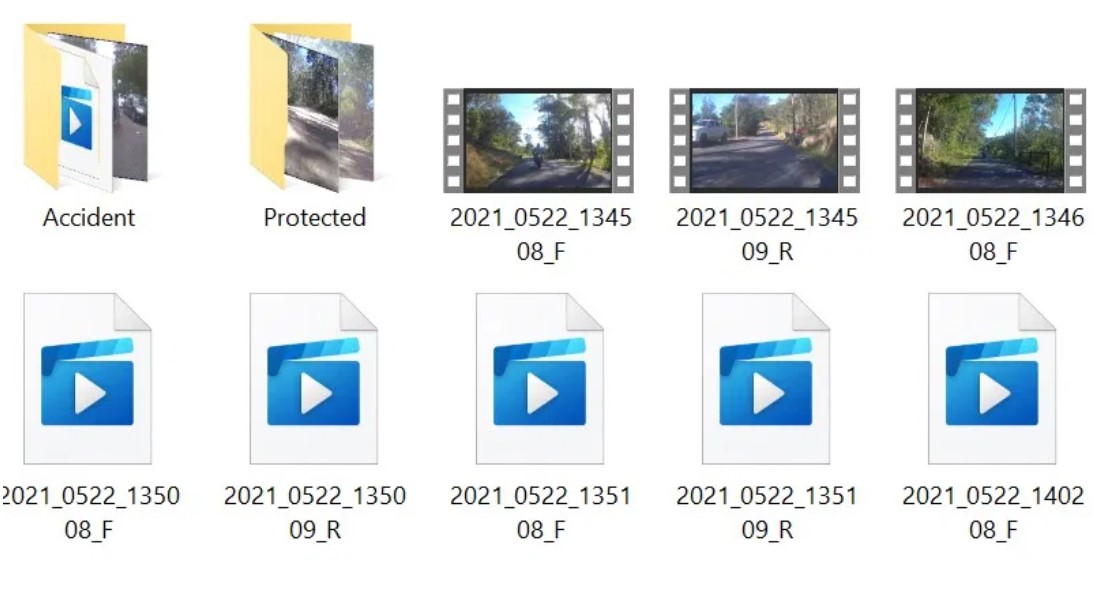 FOOTAGE BACK UP SYSTEM

A huge advantage for motorbike riders is knowing what footage to protect for later use, ensuring it doesn’t get wiped when the SD card is full. INNOVV has a built in G-Sensor that reacts to unexpected movements. If this happens then the recording at the time becomes protected and will not be wiped clean until done so later in the APP by you.

On top of this the footage can highlight the exact location with the built in GPS making any argument about location validity impossible. 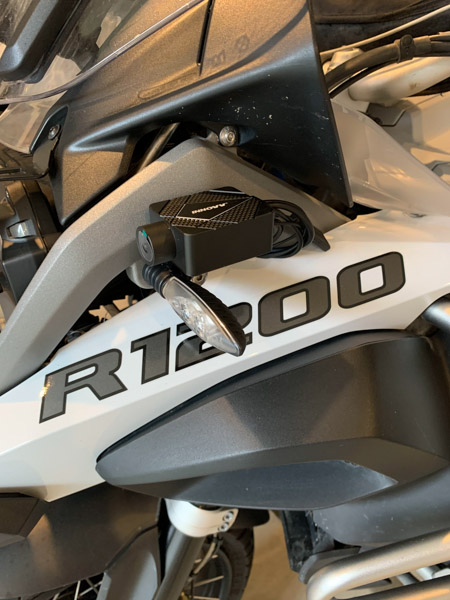 In NSW, VIC and QLD adding an attachment that protrudes by more than 5mm is seen as voiding the helmet’s adherence to the Australian Standards, effectively classifying it as a non-compliant helmet. This can and has resulted in hundreds of dollars in fines for the riders.

Attaching the INNOVV system to your bike or powersport vehicle is not only discrete, but also fully legal and won’t make you a potential police target. You also don’t get the wind buffering and extra noise from having a big protrusion off your helmet.

The other great feature of the INNOVV system is that certain features can be turned off if so desired. Some spirited riders may not want everything recorded! 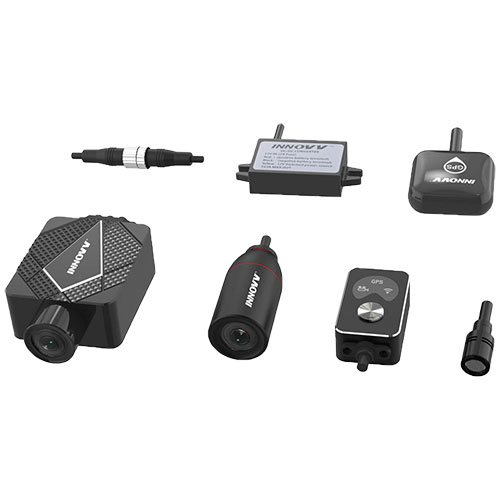 In summary the INNOVV system has been built from the ground up for powersport users to effectively film everything with minimal fuss and upkeep. Yes, clip on cameras still have their place for people not riding a powered vehicle but when it comes to providing security of footage in multiple directions for 100% of the time, then INNOVV is really the only way to go.